In response to a Freedom of Information Act request, the Centers for Disease and Control said it has no record of an individual previously infected with COVID becoming reinfected or transmitting the virus to others — because the agency doesn’t collect that data. 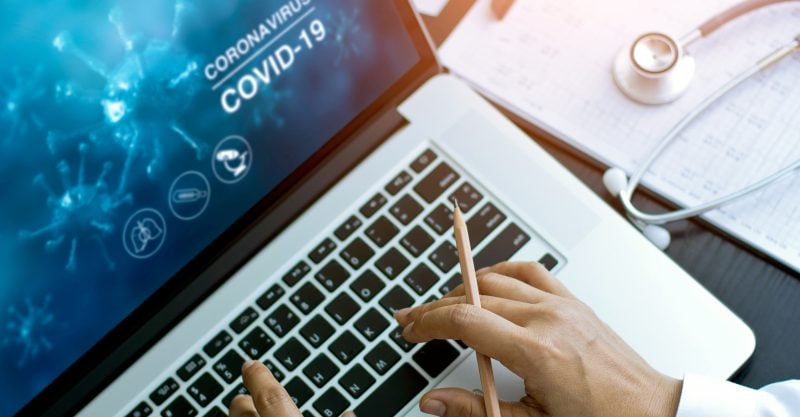 The Centers for Disease Control (CDC), in response to a Freedom of Information Act (FOIA) request, said it has no record of an individual previously infected with COVID becoming reinfected and transmitting the virus to others.

“Documents reflecting any documented case of an individual who: (1) never received a COVID vaccine; (2) was infected with COVID once, recovered, and then later became infected again; and (3) transmitted SARS-CoV-2 to another person when reinfected.”

“A search of our records failed to reveal any documents pertaining to your request. The CDC Emergency Operations Center (EOC) conveyed that this information is not collected.”

According to Siri, the revelation that the CDC does not collect data on people who have acquired natural immunity to the virus raises questions about vaccine mandates, specifically how the the government, or employers can mandate vaccines for people who may not need them and who could be at a greater-than-average risk of experiencing an adverse reaction to the shots.

“… yet the CDC is actively crushing the rights of millions of naturally immune individuals in this country if they do not get the vaccine on the assumption they can transmit the virus. But despite clear proof the vaccinated spread the virus, the CDC lifts restrictions on the vaccinated?! That is dystopian.”

“Every single peer reviewed study has found that the naturally immune have far greater than 99% protection from having COVID, and this immunity does not wane. In contrast, the COVID vaccine provides, at best, 95% protection and this immunity wanes rapidly. I am no mathematician, but a constant 99% seems preferable to a 95% that quickly drops.”

The response from the CDC came as part of a broader exchange between the agency and Siri’s law firm, dating back to this past summer, in which ICAN and Siri’s law firm submitted a citizen’s petition to the CDC calling for restrictions on those individuals with natural immunity to be lifted.

What do the data show?

As far back as last year, CDC Director Rochelle Walensky, argued, “there is no evidence for lasting protective immunity to SARS-CoV-2 following natural infection.”

Yet data collected from numerous studies show just the opposite of what the CDC and public health authorities claim in their far-reaching vaccination campaign. In fact, many studies show individuals who have acquired natural immunity demonstrate a stronger and longer-lasting level of immunity and a decreased likelihood to transmit COVID to others.

The Brownstone Institute, founded in May 2021 in response to “the global crisis created by policy responses to the COVID-19 pandemic of 2020,” documented 81 peer-reviewed scientific studies which all come to the same conclusion: Natural immunity confers more effective and longer-lasting protection against COVID than vaccine-induced immunity.

Further examples abound. For instance, the Cleveland Clinic in June published a preprint study showing individuals previously infected with COVID were less likely to be reinfected than fully vaccinated individuals who never contracted the virus.

The authors of the Cleveland Clinic study concluded vaccination provides no additional benefit to those who already have acquired natural immunity.

In another recent preprint study, conducted by Israeli researchers, individuals fully vaccinated with the Pfizer-BioNTech vaccine were found to be 6 to 13 times more likely to be infected with the Delta variant as compared to those with natural immunity.

The FOIA request filed Siri’s law firm on behalf of ICAN and provided data from numerous other global studies, supported by a group of expert witnesses, including:

The authors of the study wrote: “The data from this study suggest that people who have a positive result from a commercial antibody test appear to have substantial immunity to SARS-CoV-2, which means they may be at lower risk for future infection.”

And in a damning revelation coming directly from three Pfizer scientists and officials, leaked and released by Project Veritas as part of its ongoing investigative series on COVID vaccines, Pfizer scientists admitted natural immunity is better than the immunity provided via vaccination. One of the scientists who was exposed making such admissions, Nick Karl, is directly involved in the production of the Pfizer-BioNTech COVID vaccine. Specifically, he said the following:

Despite the mounting evidence that natural immunity is superior to vaccine immunity, and that vaccine immunity wanes faster than originally thought, the CDC continues to recommend everyone over age 5 get the vaccine, and is pushing third and even fourth shots for some people.

In October, the CDC released its own study which the agency said showed vaccination confers superior immunity against COVID, as compared to natural immunity.

Dr. Marty Makary, of Johns Hopkins University, characterized the CDC study as a “highly flawed” study that “flies in the face of science.”

Makary pointed to an analysis by Martin Kulldorff, Ph.D., comparing the CDC study to a preprint study out of Israel which contradicted the CDC’s findings.

“I have worked on vaccine epidemiology since I joined the Harvard faculty almost two decades ago as a biostatistician. I have never before seen such a large discrepancy between studies that are supposed to answer the same question.

Kulldorff concluded that based on “the solid evidence from the Israeli study,” the COVID-recovered have stronger and longer-lasting immunity against Covid disease than the vaccinated. Hence, there is no reason to prevent them from activities that are permitted to the vaccinated. In fact, it is discriminatory.

Following the CDC’s response to its FOIA request, ICAN, along with Siri & Gilmstad, have threatened to file a lawsuit against the CDC “to redress your actions which are crushing the civil and individual rights of those with natural immunity.”