A senior bioethicist and director of the Laboratory of Infectious Diseases at the National Institutes of Health — who said he’s willing to risk his medical license — will argue against vaccine mandates during a Dec. 1 livestreamed roundtable. 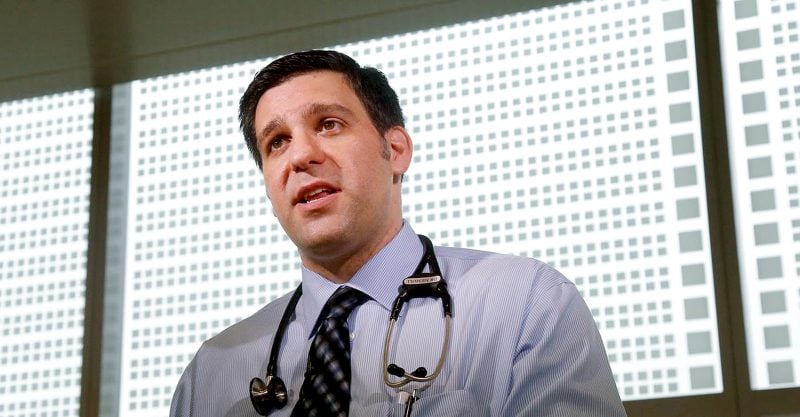 Dr. Matthew Memoli, director of the Laboratory of Infectious Diseases at NIH, will argue against vaccine mandates during a Dec. 1 livestreamed roundtable session, which will be open to the public.

“There’s a lot of debate within the NIH about whether [a vaccine mandate] is appropriate,” David Wendler, a senior NIH bioethicist in charge of planning the session, told the WSJ. “It’s an important, hot topic.”

Memoli opposes mandates for the COVID vaccines authorized for emergency use in the U.S., and has chosen not to be vaccinated.

Memoli sought a religious exemption from the mandatory vaccine requirements imposed by health authorities in the District of Columbia, where he is licensed to practice medicine.

Memoli said he is willing to risk his job and his license for the right not to receive a COVID vaccine. During the scheduled roundtable early next month, he will make the case against mandates.

“I think the way we are using the vaccines is wrong,” Memoli said in a July 30 email to Dr. Anthony Fauci, director of the NIAID, and two of his lieutenants. Memoli called mandated vaccination “extraordinarily problematic.”

Memoli told the WSJ one of Fauci’s colleagues thanked him for his email. Memoli said he supports COVID vaccines for high-risk populations including the elderly and obese, but said, “blanket vaccination of people at low risk of severe illness could hamper the development of more-robust immunity gained across a population from infection.”

Memoli, a 16-year veteran at the NIH was selected this month for a 2021 NIH director’s award — a top recognition from the head of the agency, for his supervision of a national study into undiagnosed COVID cases early in the pandemic.

Memoli said his children have received their childhood vaccines, and he will support the results of the ethics discussion regardless of the outcome.

“I do vaccine trials. I, in fact, help create vaccines,” Memoli told the WSJ. “Part of my career is to share my expert opinions, right or wrong … I mean, if they all end up saying I’m wrong, that’s fine. I want to have the discussion.”

Grady said in an email she believes there is interest in the topic across the agency.

“Our hope is that the December Grand Rounds will be relevant to the debates that are going on around the country regarding vaccine mandates,” an agency spokeswoman said on Grady’s behalf.

“Because the petitions give cause to believe there are grave statutory and constitutional issues with the mandate, the mandate is hereby stayed pending further action by this court,” the U.S. Court of Appeals for the Fifth Circuit said in the order.

The case was brought by multiple businesses and several states, including Texas, Utah, Louisiana, South Carolina and Mississippi. They argued the requirements exceed the authority of the Occupational Safety and Health Administration (OSHA), which will enforce the mandates, and amount to an unconstitutional delegation of power to the executive branch by Congress.

The Biden administration on Monday asked the federal court to lift the order blocking the mandate for large private employers. The administration said the petitioners were not claiming a “major prospect of harm” from the rule, so the court should allow the mandate to proceed while the case makes its way through the system.

“Accordingly, there is no need to address petitioners’ stay motions now, and the court should lift its administrative stay and allow this matter to proceed under the process that Congress set forth for judicial review of OSHA standards,” lawyers for the administration argued.

“People should not wait,” White House Deputy Press Sec. Karine Jean-Pierre told reporters during a press briefing. “They should continue to move forward and make sure they’re getting their workplace vaccinated.”

The OSHA regulation applies to employers with at least 100 workers, creating an emergency temporary rule that will require employers to mandate workers be vaccinated against COVID or submit to regular testing. A deadline for companies to comply with the regulation was set for Jan. 4.

Petitioners said the mandate, publicized as an emergency temporary standard by OSHA, should be struck down because it exceeds OSHA’s authority under the Occupational Safety and Health Act.

More than two dozen states have filed lawsuits against the Biden administration over the vaccine mandate for large private employers in the 5th, 6th, 7th, 8th, 11th and D.C. Circuits. Federal law dictates cases be consolidated and heard by one federal appeals court chosen by a lottery.

According to the U.S. Department of Justice, the lottery could take place on or around Nov. 16, and the case could make its way to the Supreme Court.