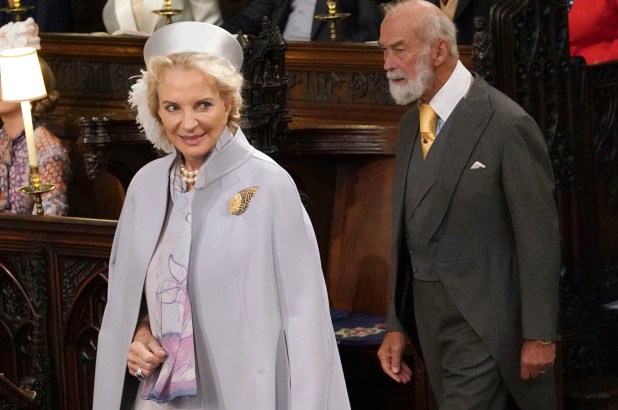 Princess Michael of Kent, 76, who is married to Queen Elizabeth’s paternal cousin, has reportedly been ill for a month.Jonathan Brady, Pool via AP

A member of the royal family is dealing with blood clots after receiving two doses of the COVID-19 vaccine, according to a report.

Princess Michael of Kent, 76, who is married to Queen Elizabeth’s paternal cousin, was given two doses of the Oxford/AstraZeneca shot earlier this year — and now has been ill for a month, according to The Sun.

“The princess has been unwell and has sought medical attention. It has been a worrying time for those around her. It has been difficult for those close to her to see her suffering. She’s really been through it,” a source told the outlet.

The AstraZeneca vaccine has raised concerns about blood clots for weeks.

Princess Michael was infected with COVID-19 in November.

News of the princess’ health just a week after her husband, Prince Michael, was accused of using his royal status to sell access to Russian President Vladimir Putin. The prince denied the allegation.