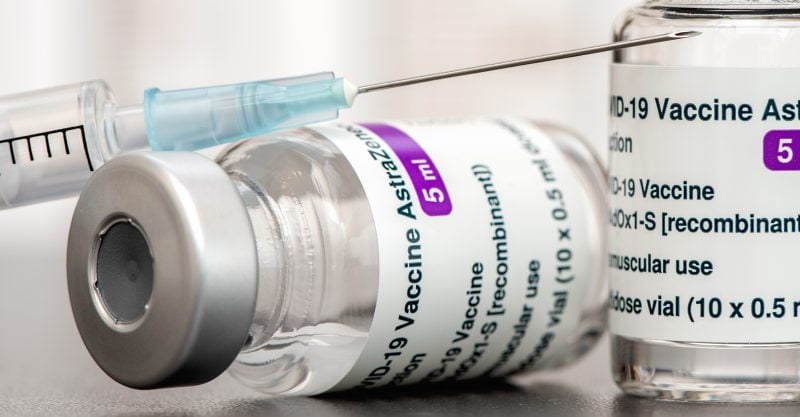 AstraZeneca’s COVID vaccine, not yet authorized in the U.S., continues to generate negative press in other countries related to reports of adverse side effects.

As The Defender reported today, musician Eric Clapton said he suffered “disastrous” side effects after getting the vaccine.

Other recent news stories include reports in India of 26 cases of blood clots related to AstraZeneca, and from British Columbia, the report of a 43-year-old man recovering from complications due to a blood clot he developed after taking the vaccine.

In Indonesia, health officials said they suspended a batch of AstraZeneca following the death of a 22-year-old man.

‘Healthy’ man loses half of his intestine

A formerly healthy 43-year-old man from British Columbia is in the hospital recovering from complications following a rare blood clot after vaccination with AstraZeneca, according to CBC News.

Shaun Mulldoon received the shot on April 22. He later developed symptoms including nausea, headache, fever and vomiting. On May 8, Mulldoon observed blood in his vomit and stools, prompting him to seek emergency medical care.

Doctors discovered a blood clot in Mulldoon’s abdomen and performed emergency surgery during which they removed two meters of his small intestine.

Mulldoon believes he wasn’t adequately warned of the vaccine’s risks or protected from them. He posted on social media that he wished he’d had more insight into the “worse case scenario.”

“Seventeen days after my vaccine [I] ended up going into emergency surgery to remove over six feet of my small intestine. I had a massive blood clot. Second surgery two days later to remove more. My surgeon told me it was very close.”

Muldoon’s wife said the ordeal has been difficult for the family which includes two school-aged children. “We are not anti-vaxxers. We just want people to take any adverse symptoms following the vaccine — please take it seriously,” she said.

VITT has also been connected to Johnson & Johnson’s (J&J) COVID vaccine, which uses a similar adenovirus-vector technology. Officials with the Centers for Disease Control and Prevention May 12 identified a “plausible causal association” between the J&J vaccine and potentially life-threatening blood clot disorders after identifying 28 cases — including three deaths — among people who received the vaccine.

26 cases of blood clots identified in India after AstraZeneca

India said Monday it had identified 26 suspected cases of blood clotting, a risk the country’s health ministry described as “minuscule.”

In a press release, India’s Health Ministry tasked with monitoring COVID side effects reviewed 498 instances of serious and severe side effects following injection of the shot. Twenty six cases were potentially “thromboembolic,” where the formation of a clot in a blood vessel could break loose and plug a vessel in the lungs (pulmonary embolism), brain (stroke), gastrointestinal tract, kidneys or leg.

The India study was conducted after concerns were raised in some countries on post-vaccination “embolic and thrombotic events” on March 11, particularly with the AstraZeneca-Oxford vaccine.

As of April 3, more than 23,000 adverse events, 700 of which were “serious and severe in nature” had been reported through the CoWIN platform that monitors adverse reactions in India. An estimated 164 million doses of AstraZeneca have been administered to date.

Indonesia suspended distribution of a batch of AstraZeneca’s vaccine to run tests for sterility and toxicity after the death of a 22-year old man just a day after his inoculation, the health ministry said Sunday.

The Ministry of Health called the suspension “a prudent effort by the government to ensure the safety of the vaccine,” but plans to use other batches of the vaccine it has received.

The batch in question consists of about 450,000 doses received through the World Health Organization-backed COVAX facility. Results of sterility and toxicity tests by the Indonesian drug and food monitoring agency are expected to come out within one to two weeks.