Today’s meeting was scheduled after Tuesday’s joint announcement by the CDC and FDA that the federal government’s J&J vaccination program was being paused after reports of “potentially dangerous” blood clots. 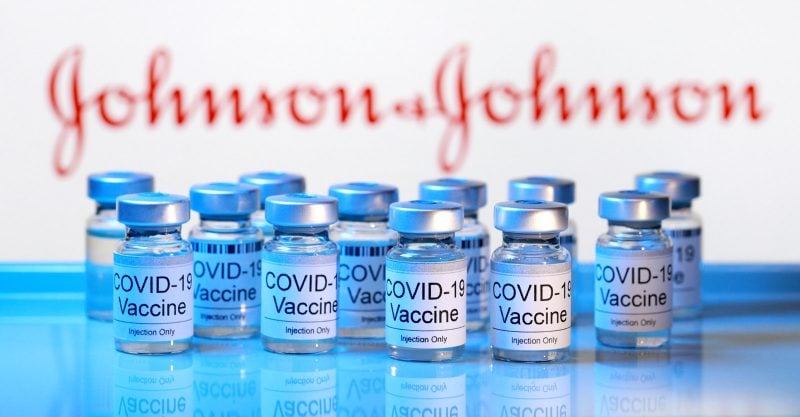 EDITOR’S NOTE: The CDC’s Advisory Committee on Immunization Practices today postponed a vote on whether to lift the pause on the Johnson & Johnson COVID vaccine, effectively extending the pause pending further analysis of data relating to blood clots in people who received the vaccine. Here’s the CDC’s exhibits and presentation slides presented at today’s meeting.

A federal advisory panel will vote today at 4:30 p.m. ET on updated recommendations for Johnson & Johnson’s COVID vaccine. (Stayed tuned for our update).

Today’s vote was scheduled after Tuesday’s joint announcement by the Centers for Disease Control and Prevention (CDC) and U.S. Food and Drug Administration (FDA) that the federal government’s J&J vaccination program was being paused after reports of “potentially dangerous” blood clots.

The Advisory Committee on Immunization Practices is reviewing clinical data gathered to date on six women, one who died, between the ages of 18 and 48 years who developed blood clots after receiving the single-dose J&J’s vaccine, according to the draft agenda of the meeting. The CDC said Tuesday it is investigating the death of the Virginia woman who died of a blood clot.

Virginia State Vaccination Coordinator Danny Avula released a statement confirming  the death is being investigated by the CDC over a potential link to the vaccine. The Virginia woman’s death was reported to the CDC’s Vaccine Adverse Event Reporting System (VAERS), Avula said.

A 29-year-old woman told NBC News she was one of the six people who reported a case of a “rare and severe” type of blood clot after receiving the J&J vaccine. The woman said she got the vaccine March 19 and experienced a fever, trouble breathing and uncontrollable shaking. She was hospitalized for a week and placed in the intensive care unit.

“Since then, [I] have just had a few strange symptoms that could have been chalked up to a viral infection, mostly just a headache that persisted for two weeks, and some leg pain and swelling,” she told NBC News during a phone interview from her hospital bed.

Though the CDC is reviewing clinical data on six women who developed blood clots after receiving the J&J vaccine, VAERS shows 49 reports of blood coagulation disorders from the J&J vaccine through April 1 and 972 reports from all three vaccines combined, including Pfizer and Moderna through April 1.

Tuesday’s decision to pause the J&J vaccine triggered a cascade of announcements by U.S. states and other countries.

In the U.S., more than two dozen states paused J&J vaccinations. The states said they were acting out of “an abundance of caution, as more than 6.8 million doses of J&J’s vaccine have been injected and only six of the blood clotting cases have so far been reported,” CNBC reported.

The EU Commission said Wednesday it will not renew COVID contracts next year with AstraZeneca or J&J, Italian daily La Stampa reported, citing a source from the Italian health ministry.

“The European Commission, in agreement with the leaders of many (EU) countries, has decided that the contracts with the companies that produce (viral vector) vaccines that are valid for the current year will not be renewed at their expiry,” the newspaper reported.

It added that Brussels would rather focus on COVID vaccines using messenger RNA (mRNA) technology, such as Pfizer’s and Moderna’s.

Although the focus to date on blood clots and COVID vaccines has been on AstraZeneca and J&J, scientists have found evidence of thrombocytopenia following vaccination with the Pfizer and Moderna vaccines.

On Wednesday, the president of the European Commission said the EU was in talks with Pfizer and BionTech for a new contract for 1.8 billion doses. He confirmed later that day an agreement had been reached with the company to provide 50 million more doses of COVID vaccine.

“We need to focus on technologies that have proven their worth — mRNA vaccines are a clear case in point,” an EU spokesperson added.

The announcements came after J&J said Tuesday it was delaying the rollout of its COVID vaccine across Europe, in response to the decision by U.S. health officials to pause the vaccine.

“We have made the decision to proactively delay the rollout of our vaccine in Europe,” J&J said.

South Africa suspended the J&J vaccine Tuesday as a “precautionary measure,” according to ABC News.

South African health minister, Dr. Zweli Mkhize, told reporters “in the unlikely event” that the J&J vaccines are permanently halted, South Africa would continue with its vaccination campaign in May using doses from Pfizer-BioNTech.

On Monday, the Australian government said it won’t buy the J&J vaccine. Government officials had previously relied on AstraZeneca and Pfizer, but announced last week that Pfizer’s vaccine is now the preferred option for people under 50 because of a potential health risk from AstraZeneca.

J&J rollout has not been smooth

As The Defender reported Monday, J&J’s rollout in the U.S. has been anything but smooth. Last week, J&J vaccine sites in four states shut down after reports of adverse reactions, some of which resulted in vaccine recipients being transferred to hospitals.

Reports of COVID breakthrough cases in people who received the vaccine, marketed under its subsidiary, Janssen, continue to be reported, including a man in New Jersey who was hospitalized in critical condition after testing positive for COVID almost a month after being fully vaccinated.

In early April, the vaccine maker had to throw out 15 million doses of its vaccine after they were contaminated with AstraZeneca vaccine ingredients at an unapproved manufacturing plant in Baltimore.

In March, The Defender reported on J&J’s long history of civil and criminal lawsuits, resulting in the company having to pay billions in fines to settle lawsuits, including some involving product recalls.

On Monday, the company faced backlash from investors after its CEO was awarded a 17% pay raise while billions are being paid out for the company’s role in the nation’s opioid epidemic.